- December 20, 2013
I love music (thou I hate all those music notes especially when I was in my primary school and in the stupid music class, which I trembled all the way while I had my flute test.)  I believe that music can bring us to different mood state. By understanding this theory, DMUSES brought us The Phantom Power - A journery of Space through Music, led by composer Ng Chor Guan.

So much so that he would love to explore the space, Ng Chor Guan dreamed to be an astronaut since he was young. However, we know that the reality doesn't always grant us with what we want. Yet, God gave him another way to enjoy his space exploration, and the best part is, he could even bring other human beings to explore the space together.

The Phantom Power is a musical experiences led by 5 talented musicians, plus stunning displayed of sight and sound by 3 video artists. 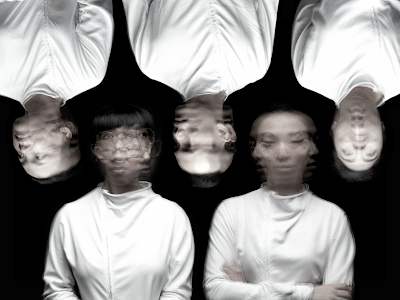 Accompanied by piano, flute, French horn and violin, Theremin is the most remarkable one among the 5 musical instruments. I know this may sounds strange to you, it was my first time heard about Theremin too. Theremin is an early electronic musical instrument controlled without contact from the player but instead senses the position of player's hands using two metal antennas. Often associated with an eerie sound, Theremin is usually being used in movie soundtracks such as Spellbound and The Day The Earth Stood Still. Anyhow, I think Theremin is the best instruments to create sound effect for haunted and horror movie. Eventually I had goosebumps listened to it. 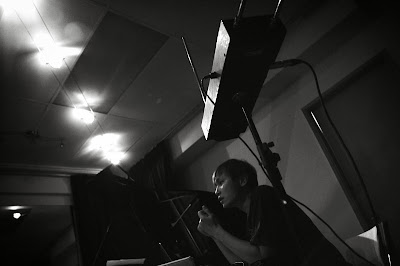 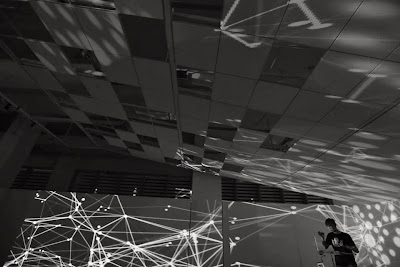 Spot Ng Chor Guan played the Theremin and how the displayed of lights on the wall works.

I think Ng Chor Guan and his team have successfully brought out the essence of the whole musical experiences. As a not-so-expert-music-lover, eventually I could sensed myself falling into the space, exploring, searching and reaching out while I listened to the music and looked into the whole lighting displayed. At some point, I have to closed my eyes like I am really in the space. And I felt like reaching my hands out as in I am in a completely dark and strange space.

The overall experience was fantastic, I would say. As the first timer to such musical journey, I think the whole an hour is not wasted and eventually I opened my eyes on how the combination of music and light can do and affected our mood state completely.

For more information, you can visit their website at www.dmuses.my/spaceage .