Showing posts from October, 2012
Show All

Samsung & BigBang was a Blast!

BigBang Alive Galaxy Tour 2012 is officially over and it was a blast one!! You can't imagine how excited I was during the whole 2 hours!  I was rushing from Muar to Stadium Merdeka with heavy rain on that night. But it doesn't stop me from moving toward this very exciting concert. Thanks to Samsung Malaysia, I was given a VIP concert ticket worth RM688, right in front of the stage! (thou is last 4 row but still near!!) #1 The stadium was crowded with all BigBang die-hard fans! Beside me were a Korean family with kids, and the mom was so high and flashed I LOVE YOU with her Samsung Galaxy SIII to BigBang!!! Salute to her young heart spirit!! ^_^ #1  BigBang made their first appearance in a very cute tube with their names on each of the tubes!! Super fascinating!! #2  Then slowly they walked out one by one. And you will never know how the crowd screamed!! Totally insane!! #3  Did I told you my favorite is G-Dragon? YUP!!! And my main purpose is to se
Post a comment
Read more

It's not easy to become a star. From a usual human being, to someone who everyone around the corner know, is a long and hard journey. Same goes to BigBang.  Year 2006 As a South Korean male band under the management of YG Entertainment, BigBang was formed with 5 members, which are G-Dragon, T.O.P, Taeyang, Daesung, and Seungri. The genres of BigBang included K-pop, hip-hop, R&B, dance-pop, electropop and J-pop.  Year 2007-2008 BigBang's hot song Lies , has stayed at number one on Korean charts for a record breaking SEVEN consecutive weeks!! Last Farewell and Haru Haru also became hit songs that furthered BigBang's success.  BigBang received many awards, included 'Best Male Group', 'Song of the Year', 'Artist of the Year' and Grand Award at the Seoul Music Awards.  Year 2009 - 2010 This is where BigBang attached to J-pop. Being voted as 'the Korean group that Japanese fans wish to see the most', BigBang debut their fir
Post a comment
Read more

We, human being love something for a reason. No matter you love Korea, the country first; or you love BigBang then only you love Korea, yes, there's something that make you love Korea after all. Ask about my favorite Korean things, well, pretty straightforward! Firstly, FOOD , of course! I mean, what's better than a super yummy kimchi soup on the raining days?!!     And also my favorite BBQ pork belly!!!  Not to mention all those small little side dishes that are refillable!!! *drooling*  Secondly, the Korean dramas that took away most of my sleepless nights!!   And of course, Korean songs that melted my heart and rock my body!!! Who can resist food, drama and music? It's about satisfy 3 senses - taste, sight and hearing! If you wanna satisfy your smell and touch, check this out! Smell the BigBang air and touch your Samsung Galaxy SIII! Check out Samsung's website for more!   http://www.samsung.com/my/big
Post a comment
Read more 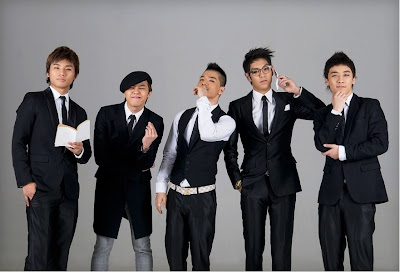 You don't know BigBang yet? They are the most hitz South Korean male band under YG Entertainment! Wow! Fantastic baby! Oh my! They will make you scream your lungs out! BigBang, like Samsung, have evolved over the years – they’ve pushed the boundaries of style and design. BigBang is not only famous for their songs, but also their fashion styles! Not believe? See how they transform from formal black white, to colorful winter, and cutie pie cartoon!!       To be frank, I find most of their fashion styles are awesome and they can be variety yet stylish! If you to ask my favorite BigBang fashion style, I would say formal style that brings out the most man-ish of them! But..but...they look good in Snoopy shirt too! Gosh, I am greedy! :p  G-Dragon, T.O.P, Taeyang, Daesung, and Seungri,which one do you favor the most among BigBang members? *ask me ask me* My favorite BigBang member will be........ *Drums roll...*   G-Dragon , the leader of BigBang!! *screams
Post a comment
Read more 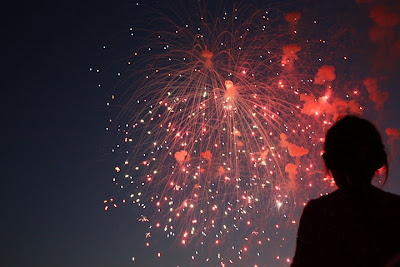